Re: Review for Gods and Goddesses by Jetpack 7

Editor Notes: Back in September, Kody, a Half-Cover contributor, wrote a Review for Jetpack7 / Conceptopolis’s Gods and Goddesses 5th edition supplement. This past week, an email was sent to Kody by Aaron Hübrich, the Lead Designer of Gods and Goddesses, in response to his blog’s criticism of the product. The response was marginally edited to remove matters unrelated to the original blog post.

I came across a review of Gods and Goddesses online from Half-Cover. Overall, I thought it was fair and wanted to send you the latest PDF update here:

I think we may have addressed most of the issues with the latest PDF you mentioned in your review from a few months ago. Some of the criticism was based on our way of showing the info (such as the stat block layout), but will consider your concerns on future releases. Given that we’re a 3rd party developer, we want to avoid being too close to the core book material, while having our own voice, or spin, when listing the game content. It’s a balancing act sometimes, but we’re listening.

As for the sub-classes critique: We did spend a lot of time on those and considered heavily where adding in certain features from other classes would be appropriate. We certainly didn’t want to short-change any backers and didn’t “rush” any of it at all. Given that there were originally only 3 oaths and 7 domains at the time, we attempted to strike a balance. Comparing to what WoTC included in their Unearthed Arcana releases in 2016/2017, I would argue that what we developed was on par (or even better) in areas, given that we wanted to consider giving players and GMs real options and not unbalance any games currently in play.

As players and GMs, we approached the book with these things in mind, so it may be a matter of being a little too conservative in people’s minds with the content on the 1st book we released. We’re totally open to suggestions though. As a first book, we’re proud of what we accomplished – and we promise it will only get better.

Looking at your list from the review, I’ll try and answer what our thought process was on these items:

The 15th level feature of the Champion of Baba Yaga (Gods & Goddesses pg. 19) is a carbon copy of Relentless Endurance from the Half-Orc’s racial traits (Player’s Handbook pg. 41)

Yes, this would normally be unavailable to paladins playing humans, etc., so we included that as a Baba Yaga Paladin option. We didn’t anticipate many half-orcs worshiping Baba Yaga, so it was a creative decision to include that feature.

The Channel Divinity of the Domain of the Devious Spider (Gods & Goddesses pg. 15) is the same effect as the magical item Cloak of Displacement (Dungeon Master’s Guide pg. 158) but the effect does not disappear when taking damage.

Yes, this is a displacement power that lasts for 1 minute.

Oath of the Eidrdrenger (Gods & Goddesses pg. 27) receives True Strike as a 3rd level Oath Spell, when it is actually a cantrip (Player’s Handbook pg. 284).

The True Strike cantrip is not available to Paladins normally, so this is a nice power to have for a Paladin at 3rd level, even as a 1st level oath spell.

The 6th level feature in the Domain of the Wise (Gods & Goddesses pg. 19) is the exact same feature as the Nature Cleric (Player’s Handbook pg. 62).

Yes, we used some aspects from similar Domains. However, the Domain of the Wise, as a whole, offers several different options for players – including different domain spells, bonus proficiency, channel divinity, 8th and 17th level abilities. Sharing some aspects of other domains simply made sense thematically.

Yes, this was considered, since it would normally not be available to Paladins. It was appropriate to us at 3rd level, given the type of character being played as a Paladin of Anansi. We gave weight to the role-playing aspect of how it might be used. An alternate spell could be considered, but GMs can substitute if they feel it’s not appropriate at that level.

Wondrous items: That was a creative choice on what information to include. We’ll consider the format you mentioned in the review.

Spells: we made a choice to keep this open, as the new spells listed for each cleric and paladin were in the book. We didn’t want to say whether any class could or couldn’t use them, as it wasn’t a core book item and specific to these oaths and domains in Gods and Goddesses. The thought was that a GM would make that call, but we’ll consider listing them as “cleric”, or “paladin” spells in the future. Our main goal was simply to offer new spell options for the clerics and paladins in this book.

Regarding the Whisper spell, it was designed to be a cleric (or paladin) spell available at 1st level. Pass Without Trace is not available to clerics or paladins normally, so it’s a functional option for sure (even if it is a “lighter” version of that). While some spells may be “weaker”, like you mentioned, they would be new options (and more balanced) for players who may not have access to them normally. Hopefully that context is considered by anyone looking at playing a cleric or paladin from Gods and Goddesses.

In general, I can’t really agree about your commentary about recommending GMs to avoid this book for mechanics and sub-classes, as these are options thought out and applied to 2 classes that correspond to each of the 16 deities presented. In context, it’s a very good “drag and drop” option for anyone interested. There’s nothing “Monty Hall” that will break the game (well, as far as PC options go haha). It does offer a wide variety of content that is balanced and immediately available for players and GMs who wish to make NPCs. Is there ground breaking game content? One could argue, “No”. But as a whole, we did do our best to strike a balance of mixing and matching, and tweaking existing material to offer something very solid out of the gate. I strongly believe there is enough game content for players to use right away and for any GMs to easily fine tune if need be.

We do really appreciate your time reviewing this – and the kind comments about the art and lore. We’re glad we can at least “lean” on that and have learned a lot when it comes to actual game content presentation.

After receiving this email, Kody, replied to this response in his blog post, Discussing Gods and Goddesses. 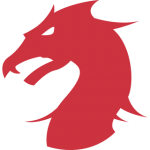 Aaron Hübrich, the Lead Designer of Gods and Goddesses, responded to our review of Gods and Goddess. This is my detailed response to his response.
How gods interact with your players and your broader setting is a vital question. In this post, we explore the tangible-abstract spectrum of deities.
In this article, I review Jetpack7's Gods & Goddesses: 5th Edition Supplement, which incorporates 16 classic deities from our world's mythology into D&D.