Better than a Shield

In Response to: Dissecting the Dragonborn

Oh, and one more thing! I had a thought just now. If you’d prefer not doing more damage for the breath weapon you could do something like “chain lightning” for lightning breath, “spreading flames” for fire, “acidic mist” for acid, and so on as the character levels. That way the. . .

In Response to: Dissecting the Dragonborn

Thank you so much for this!! I didn’t even notice when I started making my character how bad this race is. It’s almost like they added it in as an afterthought with no or very little playtesting. They’re so bad.

. . .
In Response to: The Problem with Mandatory Feats

Excellent article. These feats are definately outdated at this point and updating the list to include many more would be great. At the end of the day, the PC’s power level can be matched by the DM no matter what and a feat here or a feat there should not be considered too much so if it. . . 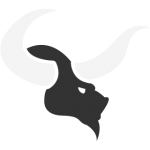 Winners of the Silver Minotaur Award

We would like to thank you for voting for Half-Cover for the prestigious 2017 Silver Minotaur Award for the best Dungeons & Dragons Blog. This wouldn't have been possible without your continued support!
Learn More about this Award