In a Vacuum: The Fighter

What is the best archetype?

The Fighter is a rather notable class as it has three core archetypes: the Champion, the Battle Master, and the Eldritch Knight. Each of these archetypes has strengths and weaknesses, the Champion has the most damage, the Battle Master comes with crippling maneuvers, and the Eldritch Knight has magic for utility and defense. It’s all rather simple. Right?

Actually, it’s not very simple at all, especially if the internet is to be believed. The relationship between the Champion and the Battle Master is a hotly debated topic. One archetype is loaded with special maneuvers, the other supposedly possesses a larger threshold for damage.

Players generally say the Battle Master is the better archetype. They see the versatility of maneuvers and  believe that the potential of the archetype makes up for whatever damage difference there might be.

But who cares about that? What I’m looking for is damage! So what archetype is really the best?

Well, for that I turn to data. I built a simple spreadsheet to help determine what I should be doing if I want to dish out damage. The rest of this post will discuss my thoughts on my findings, so it will be beneficial to take a gander at the sheet.

This sheet is very simplistic and very single minded in what it’s calculating. Dungeons and Dragons is too complicated to account for all combat situations.

Therefore, I assume that the Fighter maximizes Strength/Dexterity before Constitution until both are at 20. This is one reason why Feat-based damage increases are separated, as there is no way to really determine when a feat is taken.

Any time you see statistics from a monster (such as an attack bonus or damage) it is taken from the table within the Dungeon Master’s Guide (Page 274) for the CR matching the character’s level.

Damage on the sheet is calculated in Damage Per Round (DPR), which is an estimate of the damage that the Fighter will do each round of a combat. This isn’t an exact science, especially since combat scenarios can differ and dice rolling is a thing. So the Fighter will deal more or less damage each round. However, if you add up all the damage done within the fight and then divided it by the amount of rounds, this is roughly what you should get.

The rounds are declared within the first tab. I chose to have four rounds as a fair default setting.

I also assumed a conservative Battle Master, who uses half of their maneuvers in a fight. This can also be adjusted within the first tab as well.

Likewise, I did account for action surge and this can be controlled within the first tab. Action Surge favors the Champion, since his damage will scale with more attacks. In any case, Two-Weapon fighter gets a lesser bonus with Action Surge due to bonus action economy.

Magic Weapons? Just add +1 Strength or Dexterity, that will translate into +1 damage and +1 accuracy.

I calculated out the Fighter’s survivability depending on what armor they are wearing. Survival is calculated in the number of rounds that the Fighter can endure an assault by a level-appropriate, medium encounter monster. This is also a generalization, much like calculating damage, I am hoping to find the average.

Now I can talk about what we can learn from all of this. To begin with, let’s just get this out of the way.

Despite traditional assumptions about the Champion’s ability to deal damage, the Battlemaster outclasses the Champion in damage regardless of level or weapon. The only exception is with a Great Weapon at 14th level, or at 20th level with Advantage. This, coupled with the bonuses from maneuvers, such as a menacing attack, makes the Battle Master a clearly better archetype choice in nearly every way.

Two-Weapon Fighting is struggling to be usable once everyone gets more than one attack, and is shockingly worse than Dueling if you don’t take the Two-Weapon Fighter Feat.

Against what one would assume, Archery is actually the strongest damage dealing fighting style, out doing even the Great Weapon fighting style, and from up to 600 feet away! This makes Dexterity the best stat if you want to deal damage, largely because of this one specific feat…

The Archery fighting style provides a +2 bonus to hit. This means that on average, you will be 10% more likely to hit (additive, not multiplicative). The game seems to be balanced around a character having a 60% chance to hit an average monster with the same CR as their level, which means it’s 70% for our Archery Fighter.

However, when you take a -5 penalty to gain +10 bonus damage with the Sharpshooter feat, the effect’s bonus far outweighs the trade-off. Without the bonus to hit, you would have a 35% chance of success, with it you have a 45% chance of success. This is almost a 30% increase (multiplicative). Also consider the opportunity cost, when you miss with an attack you are losing on average 4.5 (longbow average damage) + your Dexterity modifier, at most 9.5. On a success though, you deal all that damage plus an additional 10. This means that on a success you more than double your expected damage output, while a Great Weapon Fighter loses more damage on a miss than they would gain on a hit.

Every fighting style benefits differently from advantage. Archery benefits the least, with around 30 to 35% bonus in expected damage, while Great Weapon Fighting and Dueling benefit the most, from 40% to 45%. Archery has a smaller bonus, as advantage has diminishing returns as your base accuracy increases. If you take into account feats, Archery gets around a 50% bonus in damage, while Great Weapon Fighting gets around a 65% bonus in damage. Despite this, Archery is still stronger with advantage.

When considering common sense, it is generally easier to gain advantage on melee attack rolls than ranged ones, since prone is a relatively easily afflicted condition, which will likely lead to a Great Weapon Fighter dealing higher damage than Archery. On the other hand, we would also have to consider than an Archery Fighter will likely be in far less situations where they can not attack anything, due to their extreme range potential.

Assuming Half plate and Plate are not available until 6th level due to the cost, the survivability difference between the different armor types is relatively small, only about 1 round in the very early levels, and this decreases to about half a round (or less) from level 4 and up.

It is notable that Shields are the primary survivability tool, the +2 AC provided by the shield vastly improves the estimated survivability of a heavy armor fighter, and provides an extra round of survivability to light and medium armored fighters.

In higher levels, monsters gain a large bonus due to accuracy, while characters do not gain additional AC without the help from magical items. In fact, for many characters, their AC will never change through an entire campaign. This creates what I consider to be the crashing realization of mortality: at low levels a heavily armored character feels invincible since monsters are always missing them with attacks. However, by the end of the game they are getting hit almost as much as a character in studded leather, and is taking the same damage. At level 20, the difference between heavy or light armor is basically ignore-able (one third of a round more survivability).

With Half-Cover’s Proficient AC System, characters experience a sense of growth with their defensive capabilities, and more importantly, experience a similar level of survivability throughout the entire game. As well, the defense adjustments for heavy armor keeps heavy armor around 1 round more survivable than light armor.

I would highly recommend the Proficient AC System, as it makes lower level monsters a threat since they will be able to hit characters. While at the same time, it doesn’t lead to monsters like the Storm Giant having a 85% chance to hit a character with their +14 accuracy.


It’s more complicated than that obviously, but we can compare the two different statistics. This is not a mathematical comparison, but rather a case of opinions. Both Strength and Dexterity are viable builds, but to me, Dexterity seems way stronger. The reasons will be listed below, though I will not extensively elaborate as the entire topic might be better served by its own article. However all of these assumptions are regarding the core game, and does not consider any homebrew (or future releases by Wizards of the Coast).

There you have it, my findings. Hopefully there is no major error in my spreadsheet. I made lots of assumptions, but they were generally in the favor of the Champion. If you are a DM, all I want you to take away from this article is that Sharpshooter is too potent, amplifying the plight of the Strength Fighter who is outclassed by the Dexterity fighter in almost every way.

I hope this spreadsheet is a useful example. We hope to do more class-based analysis like this in the future, using a similar spreadsheet. If you enjoyed this, have questions, or found any other observations in the spreadsheet, definitely comment below. 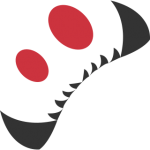 The dragonborn are a core race for 5th edition, yet they are glaringly weaker than almost any race. This blog talks about why, and what can be done.
An analysis post where we analyze lockdown spells and its effect on the overall balance of combat, and why they're not fun to use.
This post looks to discuss the problem of mandatory feats: feats so powerful that players definitely feel like they need to take them over any other choice.

One response to “In a Vacuum: The Fighter”