The Crippling Issue of Lockdown Spells

Over the years of playing Dungeons and Dragons 5th Edition, I’ve played numerous campaigns and interacted with several spellcasters. They all did their own things. Some casted only Fireball. Some tried to have a large array of spells for any occasion. Then I played a spellcaster and try to find out what made them so great.

What I discovered is Lockdown spells are a huge issue.

For those unfamiliar with what I mean, a lockdown spell is a spell that removes the actions of one or more creatures by either disabling the target or isolating them from the combat for a period of time.

A good example is the spell Hypnotic Pattern:

You create a twisting pattern of colors that weaves through the air inside a 30-foot cube within range. The pattern appears for a moment and vanishes. Each creature in the area who sees the pattern must make a Wisdom saving throw. On a failed save, the creature becomes charmed for the duration. While charmed by this spell, the creature is incapacitated and has a speed of 0.

The spell ends for an affected creature if it takes any damage or if someone else uses an action to shake the creature out of its stupor.

This spell completely locks down all affected creatures for a single minute (10 rounds of combat), assuming your allies do not damage those affected. Now you have a group of enemies doing nothing, unless their allies use their own action to end the effect. This single use of a spell prevents the usage of many enemy actions for a single action of your own. A combat rarely lasts ten rounds, so every turn this spell is affecting the enemy is impactful.

So why is Hypnotic Pattern and other spells like it, a problem? There are multiple contributing issues with lockdown spells. The two main issues we’re looking at are the issues of balance and the issues of fun.

The Issue of Balance

One of the biggest issues with lockdown spells is that if a creature does nothing—it may as well not exist. If your party is engaged in combat with six giants and your Hypnotic Pattern spell successfully incapacitates three of them, the engagement effectively becomes your party and three other giants. You are reducing the enemy team’s action economy, which refers to the usage of one’s actions and movement. A creature wants to move and perform an action every round. By stopping these three giants, you are reducing the enemy team’s action economy by 50%, all with the cost of a single action of your own.

Now there are two things that can happen. The lesser of the two outcomes is that the other three giants wake up their friends to get them back in the fight. In this example, your single spell has effectively used up three of the enemy team’s actions and (depending on initiative order) up to six actions if those affected by the Hypnotic Pattern spell went first. You’ve reduced the enemy team’s action economy by up to 100% for a single round. All of those actions could have been attacks coming your way. You are preventing all of that damage from potentially occurring.

The greater of the two outcomes is that those three giants are incapacitated for ten rounds. That’s ten rounds of moving and attacking, because the giants do not get to save every round they are affected. You’ve effectively split the fight in two, the three giants unaffected by Hypnotic Pattern, and the three giants that are. You only have to deal with half of the actions the enemy team can do in a given round.

And this isn’t the only spell, there are multiple spells like this: Hold Person, Fear, Otiluke’s Resilient Sphere, Banishment, Polymorph, Hold Monster. These all accomplish similar things. Some target one creature, some target multiple creatures, and others completely get rid of the creature, like Banishment.

However the worst offender of them all is the spell Wall of Force:

An invisible wall of force springs into existence at a point you choose within range. The wall appears in any orientation you choose, as a horizontal or vertical barrier or at an angle. It can be free floating or resting on a solid surface. You can form it into a hemispherical dome or a sphere with a radius of up to 10 feet, or you can shape a flat surface made up of ten 10-foot-by-10-foot panels. Each panel must be contiguous with another panel. In any form, the wall is 1/4 inch thick. It lasts for the duration. If the wall cuts through a creature’s space when it appears, the creature is pushed to one side of the wall (your choice which side).

Nothing can physically pass through the wall. It is immune to all damage and can’t be dispelled by Dispel Magic. A Disintegrate spell destroys the wall instantly, however. The wall also extends into the Ethereal Plane, blocking ethereal travel through the wall.

Whilst not explicitly stated, it is intended that no magical spell or effect can pass through the Wall of Force, including teleportation, as clarified by Mike Mearls, the Creative Lead for Dungeons and Dragons. https://mobile.twitter.com/mikemearls/status/505029867033726976

With this spell you can effectively split a battlefield, cutting the enemy forces in half. Alternatively, you can cast a dome on top of some enemies and they can do nothing to stop you other than breaking your concentration. This effectively removes them from the combat and even works on spellcasters because they cannot dispel the wall or teleport through it (unless they have a Disintegrate spell handy).

Creatures imprisoned within the dome do not get a saving throw to prevent this effect. This will work nearly every single time provided the creature fits in the dome.

In all of these cases a single spell cast can prevent one or more creatures from acting. You are preventing actions and thus preventing damage to your party. Meanwhile you are free to damage those unaffected and deal with those locked down later.

So why not just stop using these spells?  It’s a good point, but most other spells worth concentrating on are simply lacklustre when compared to these lockdown spells and few spells compare to the battlefield control that Hypnotic Pattern or Wall of Force provides. Why deal damage to a creature or help your allies deal more damage with a helpful spell like Haste, when you can stop the enemies from acting altogether?

The Issue of Fun

Ignoring the balancing aspect, using lockdown spells can also put a damper on the thematics of a big fight. Imagine that your group is facing against the Big Bad of the campaign and your wizard takes him out of commission with a single spell. Having a cinematic fight isn’t possible without some contrived mechanic that makes the Big Bad immune to controlling effects or layers of legendary resistance to help him automatically pass the saving throw required. In most cases, either option is a bad idea as it is not fun to tell the wizard, “Hey, your spell doesn’t work, sorry.”

Another possibility is to throw a bunch of minions into the mix. However then you are letting the Big Bad drool like an idiot and it becomes a fight to kill his minions. Once your party cleans them up, they circle around your Big Bad with ready actions prepared to devastate him.

But shouldn’t the minions in the fight be focussing down that pesky spellcaster locking down your Big Bad? Yes they should. However, that spellcaster’s number one priority is to keep your Big Bad from doing anything. If they’ve built their character correctly, they have a high amount of constitution, as well as either of the feats War Caster or Resilient (Constitution). Even if you do get to them, breaking their concentration and the spell they are casting is very difficult to do.

Perhaps, you might suggest that difficulty should be increased in landing these spells if they’re so hard to remove. You could up their ability scores to help save against these kinds of spells. This is true but now we run into a new issue. Some monsters by design have low ability scores. If you have a campaign that features Ogres and Giants, it might seem strange they would all have very high Wisdom saving throws. Moreover, even if you raise their ability scores, it comes back to the problem of spells not being fun when a fail results in nothing happening.

Worse still, sometimes a successful result with these lockdown spells isn’t fun when the spell is targeted at your own party. Having a player unable to play for an hour because they’ve been paralyzed from a Hold Person or charmed by something else is not fun for that player. This may seem extreme, but this has happened more than once in the campaigns I’ve played.

How do we address the balancing conundrum and make the spells more fun to use? I’ve given this a lot of thought and the problems are too systemic to create simple solutions for.

Here’s an example. You could take any lockdown spell and change the numbers behind it. You could affect its range, the area it covers, the casting time, you could even force a save every round. But it doesn’t change the fact that the power problem comes from the spell itself—not the numbers behind it. You would have to reduce the numbers of a lockdown spell to a state where the spell itself becomes completely unusable to balance the powerful effect. Every lockdown spell is different somehow and each one would require a different change to balance it. Hypnotic Pattern is very different from Wall of Force even though they both achieve the same thing.

The issue relating to how fun the spells are is that lockdown spells are all or nothing. They either work or they don’t. To change that, there would have to be some kind of middle ground which involves adding to the complexity and an intermediary effect to every spell. This is already a thing in damaging spells like Fireball , the damage is halved on a save,  but you can’t really half the effect of incapacitation. One possible idea is if Hypnotic Pattern fails, it reduces the movement speed of anyone affected by a small amount, that way at least something happens when the spellcaster uses a 3rd level spell slot.

Both of the above examples would require significant amounts of time and playtesting to even make sure they would work. So ultimately, this issue is solvable, but not easily. Lockdown spells seriously affect the game balance of Dungeons and Dragons 5th Edition. They are a complex problem and they are hard to fix..

That being said, you could run off and just go make a game about constructs… That’ll stop most of the lockdown spells affecting you. 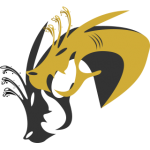 I'm a recent graduate in 3D Modelling. I love games, I love breaking things, and I love to tell stories and take part in them!

Michael for helping me draft this analysis.

26 Aug 2017
By:
Editors:
Special Thanks To:
Michael for helping me draft this analysis.

The dragonborn are a core race for 5th edition, yet they are glaringly weaker than almost any race. This blog talks about why, and what can be done.
In this post we look at the math behind the Champion and the Battle Master. Which is better, and in what situations? This post looks for the answer.
Horror and Terror work hand in hand to frighten, but they are difficult emotions to envelop players in, as well as difficult to understand the differences.

2 Responses to “The Crippling Issue of Lockdown Spells”